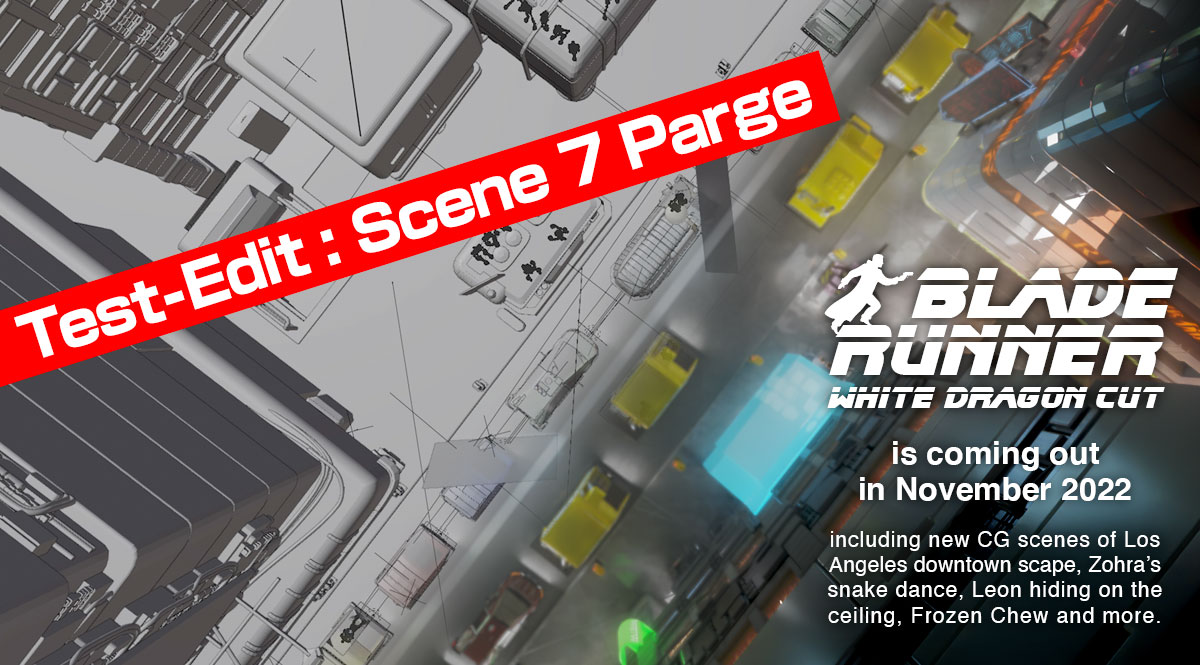 This time, I will discribe scene 7 “Spinner Takeoff” where Deckard and Gaff take the Police Spinner from Ridleyville to the LAPD.
The original version starts with Deckard getting into the spinner, but I’m planing to include a lot of shots of Ridleyville in the White Dragon cut.

The mystery of the spinner takeoff point

now, I’d like to examine where the spinner took off.
First, I created a CG map of Ridleyville based on the movie set.

The first place Deckard is in is marked “Whtie Dragon”. and he was heading to the police spinner from here with Guff.
Now, each building on the map, A, B and C, has a distinctive pillar, and you can tell which building it is by the pillar.

If you would check the footage of Deckard getting into the spinner, you could see that the spinner’s take-off point is in front of building-C.

Now, if I would use aerial scene to depict Deckard and Gaff’s walk from the noodle bar to the spinner, I would need to resolve this contradiction. So I decided to change the spinner takeoff point to in front of Building B.

I will create the CG aerial video from the Noodle Bar to the Police Spinner in front of Building B.
First, I created a low-resolution test version to see if it would lead to this scene smoothly from the noodle bar scene.