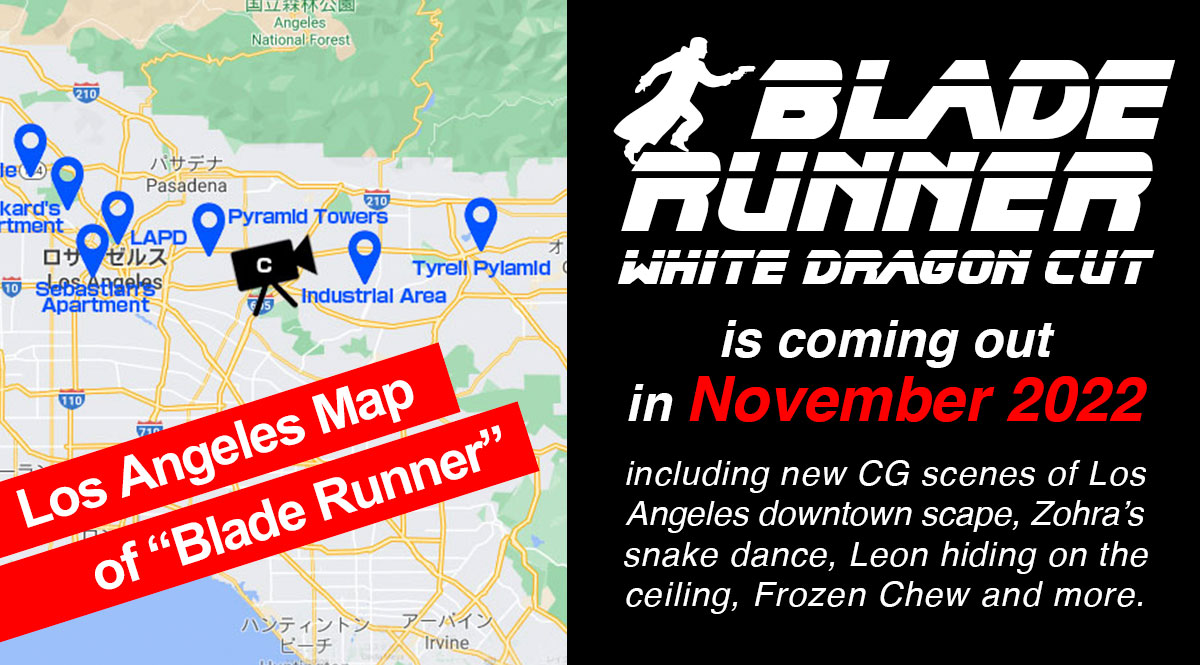 There is one thing I need to do to recreate Syd Mead’s Los Angeles. it’s mapping out Los Angeles in the film “Blade Runner”.

Ridleyville, Deckard’s apartment, Sebastian’s apartment, Tyrell’s pyramid, etc., each of which has to be well located. I can’t find any official information about their locations. So, I made my own map of Los Angeles of Blade Runner, using scenes from the movie as references.

Now, if you would examine the scene of Deckard’s movement from the LAPD to the Tyrell Pyramid on the map, you would see that he passes through the pyramid towers before the industrial area.
This means that I need to make a new CG video of the spinner flying between the pyramid towers!