By the way, as I mentioned above, that neon sign makes Japanese BR fans smile unintentionally. 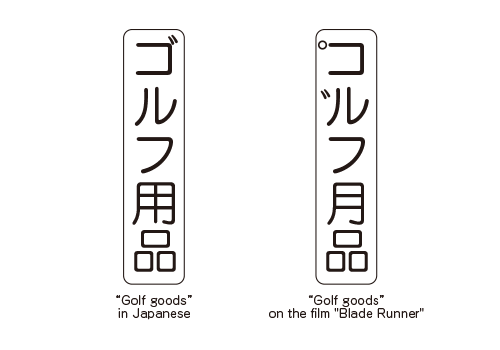 The sonant mark of “゛” on the right side of “ゴ” is moving to the left side of “ル”. and the right half of “用” is missing.

This is the right way.

It would not be far from the truth.

In “Blade Runner White Dragon Cut 5”, I was planning to replace all “Golf Goods” neon signs with correct Japanese, however most of Japanese Blade Runner Fans would think that the weird Japanese word might be the most important part of Blade Runner. now, I am wondering if I should correct it.

First of all, I made the neon sign as the film version. 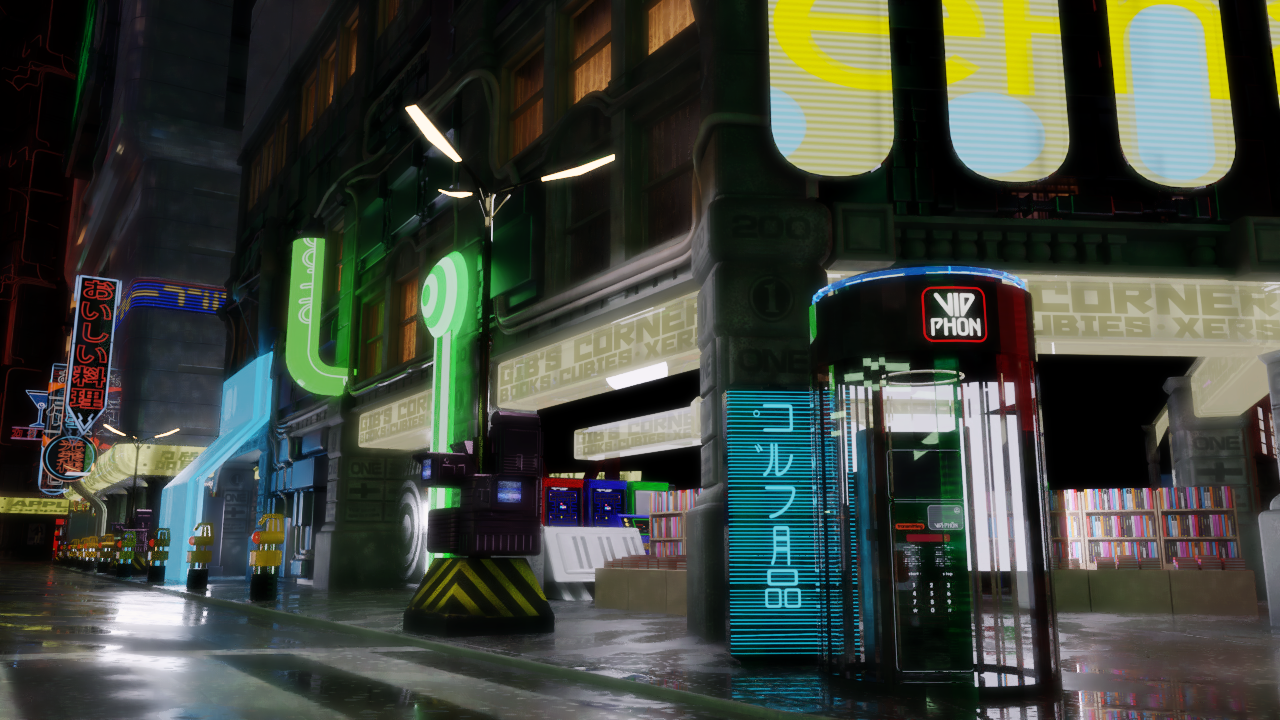